by Analysis Team
in Agro, Chemical
0

The board of directors of ACI Formulations Limited has chosen to split its agrochemical – such as pesticide – business from its diverse portfolio in order to take advantage of a tax exemption and to focus more on the crop care segment.

The company’s board of directors also resolved to incorporate “ACI AgroChem Limited” to handle the agrochemical business for this purpose. According to a Dhaka Stock Exchange (DSE) filing, the new business would have a Tk100 crore authorized capital and a Tk2 crore paid-up capital, and it will operate as a subsidiary of ACI Formulations. ACI Formulations will own a 90 per cent interest in the company’s subsidiary. After receiving permission from the relevant regulators, the decision will be executed.

The usage of pesticides in the country is increasing as agriculture expands although its use briefly declined in 2020 for the popularity of a safe food campaign, government support for controlled-pesticide farming, and growing health awareness among cultivators. 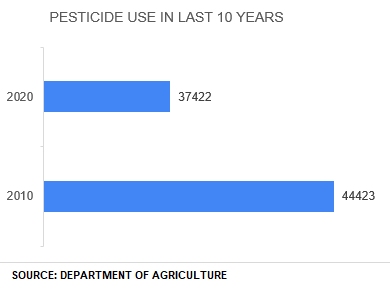 ACI Formulations, on the other hand, does business with consumers. As a result, the board of directors has decided to split pesticides in order to boost business.The agrochemical business currently accounts for approximately 80 per cent of ACI Formulations’ sales. Aerosol, mosquito coils, paint, floor cleaners, and herbal goods account for the remainder. In the proposed budget for the fiscal year 2022-23, it is proposed to grant an advance tax exemption for the import of five commodities used in agricultural production, such as insecticides, fungicides, and pesticides. ACI Formulation believes that this will boost the companies’ profitability and allow farmers to purchase pesticides at a lower cost.

The mosquito coil plant has been closed for more than two years, according to ACI Formulations’ FY2021 annual report. Furthermore, the market’s domination of non-brand coils has made doing business in this industry challenge. However, on a contract basis, the company will create coils under its own brand as well as coils from other companies. ACI’s paint and floor cleaner businesses are also expanding.

DSEX fared well among its neighbours

Padma Bridge opens up investment opportunities in the southwest region

Intraco Refueling Station to merge with its subsidiaries

Countrywide load-shedding increases due to gas shortage in power plants

Sunamganj’s roads damaged for 2,000 kilometers, resulting in losses of Tk1500cr