by Analysis Team
in Steel
0

Bangladesh Building System’s profit increased dramatically to Tk23.14 crore in the first nine months of the current fiscal year, owing to gains from the sale of its affiliate company’s shares. In the same period of the previous fiscal year, the prefabricated steel structure producer, which was listed on the capital market in 2013, declared a profit of Tk1.55 crore.

According to corporate sources, it also witnessed an increase in revenue due to increasing demand for the product. As per its unaudited financials, the company’s earnings increased to Tk7.53 crore in the January-March quarter, compared to a net loss of Tk1.89 crore a year ago owing to the Covid-19 pandemic. Revenue increased by 37 per cent to Tk30.51 crore from Tk22.28 crore in fiscal 2020-21’s first quarter.

According to the firm’s half-yearly financials, the company earned Tk13.85 crore through the sale of its associate’s shares from July to December. Due to a decline in other income and non-operating income, as well as an increase in expenses during the pandemic, the company lost money in fiscal 2020-21. 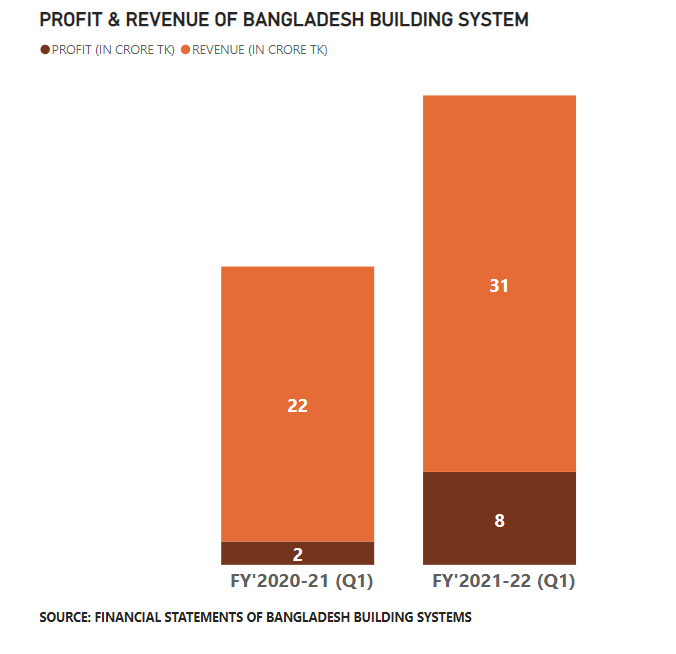