by Analysis Team
in Telecom
0

Banglalink achieved an 8.6 per cent year-on-year (YoY) revenue growth in the first quarter of 2022, thanks to newly announced digital products and 4G network expansion. The third largest mobile provider made Tk1,242 crore in revenue from January to March, up from Tk1,144 crore in the same time previous year.

Tk 3,000 crore worth of Bangabandhu Satellite-2 project on hold

Banglalink’s parent business, VEON, released the 1Q22 Trading Update internationally on Thursday. It did not, however, reveal the profit for the period. Mobile data services remained robust in the quarter, with data use up 56.3 per cent year over year, contributing to a 22.1 percent year over year increase in mobile data revenue in 1Q22.

Banglalink now has the most radio frequency infrastructure per million consumers among the three commercial operators. Banglalink won 40 MHz in the 2.3 GHz band in the last spectrum auction, bringing the total spectrum to 80MHz. 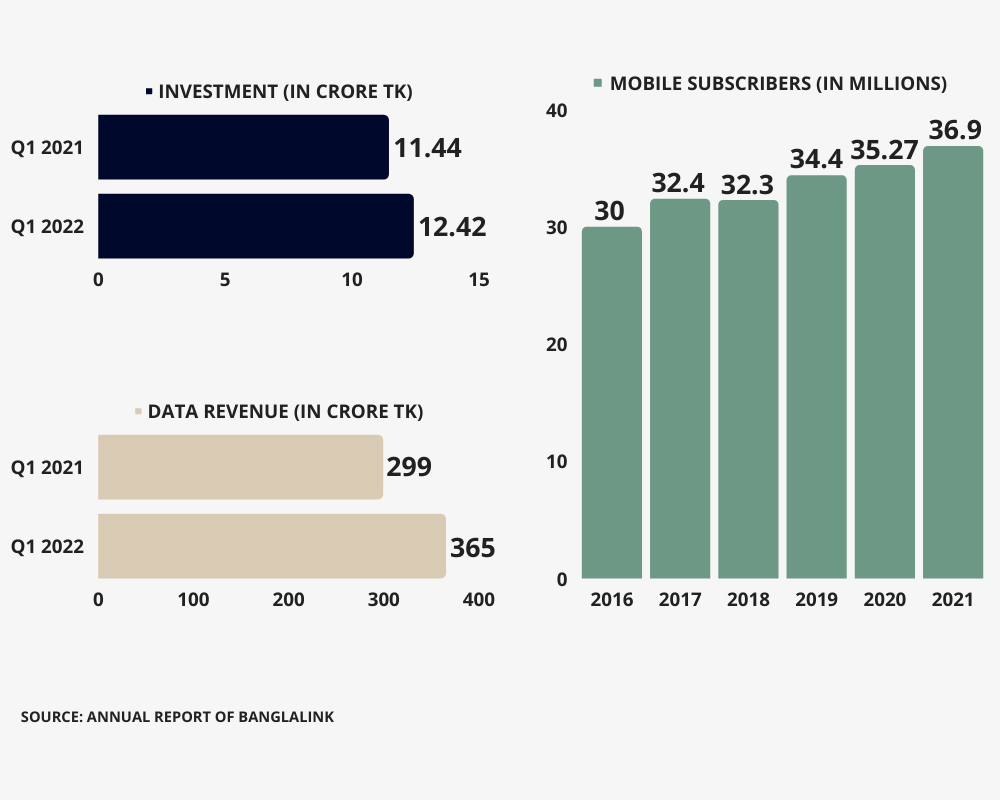 Bangladesh’s soybean imports are expected to rise 7.7% in FY’23, according to the USDA