by Analysis Team
in Health Service
0

Bangladesh has brought over 75 per cent of its population under vaccination although it has the lowest testing rate among the 50 most-affected countries.

With its vaccination campaign launched last 2021, it has administered 254,831,114 doses of vaccines including booster doses. Neighboring countries such as India and Pakistan have vaccinated 72 per cent and 59 per cent of their population, respectively.

Experts consider the lower testing rate as a cause for concern. Health experts, on the other hand, have warned of another surge in the future as the infection rates have reached below 1 per cent. 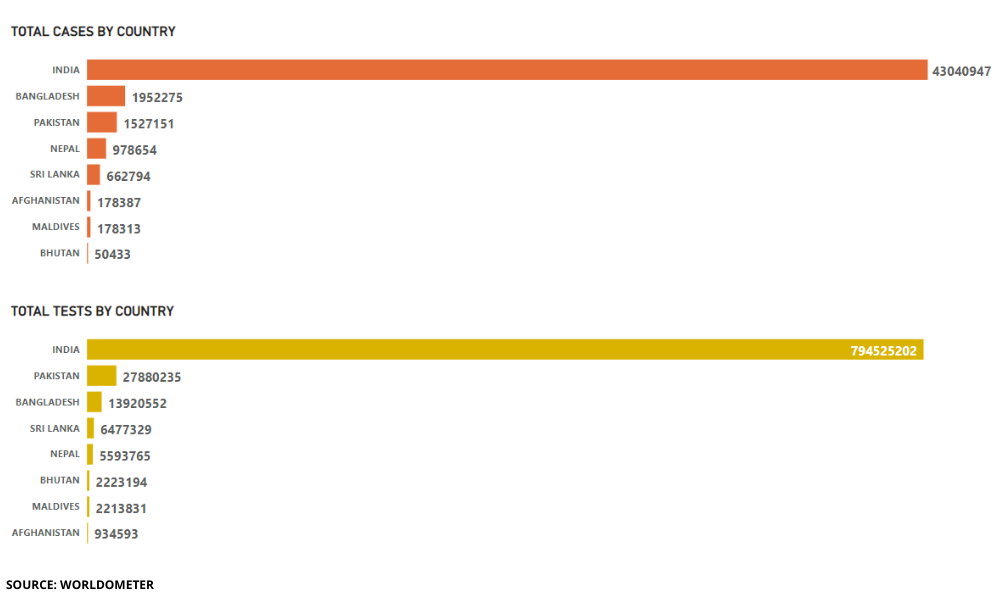