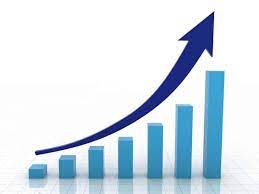 Gulshan saw the largest increases in land and apartment prices, followed by Dhanmondi, Shantinagar, and Uttara. The skyrocketing prices of land and apartments in Dhaka were largely caused by inadequate city development plans, ineffective regulations, and a lack of government initiatives to ensure housing for all. According to the Monetary Policy Review Report of the Bangladesh Bank, the cost of a one-katha plot of land in the Gulshan area was only Tk25,000 in 1975 and nearly Tk1 lakh in 1990. The cost increased to Tk5 crore in 2020.

The National Population Research and Training Institute estimates that the 3.2 lakh holdings in the megacity of Dhaka can house about 1.2 crore people. Among them, only 20% of individuals reside in their own homes, with the remaining 80% renting homes. According to the Bangladesh Bureau of Statistics, Dhaka’s population grows by 5 lakh on average each year, and the city’s development authorities, known as Rajuk, approve the plans for about 2,500 new structures each year.